There are many variations on motivational theory. Below are some of the most popular methods used by business leaders, entrepreneurs, motivation coaches and for self improvement. 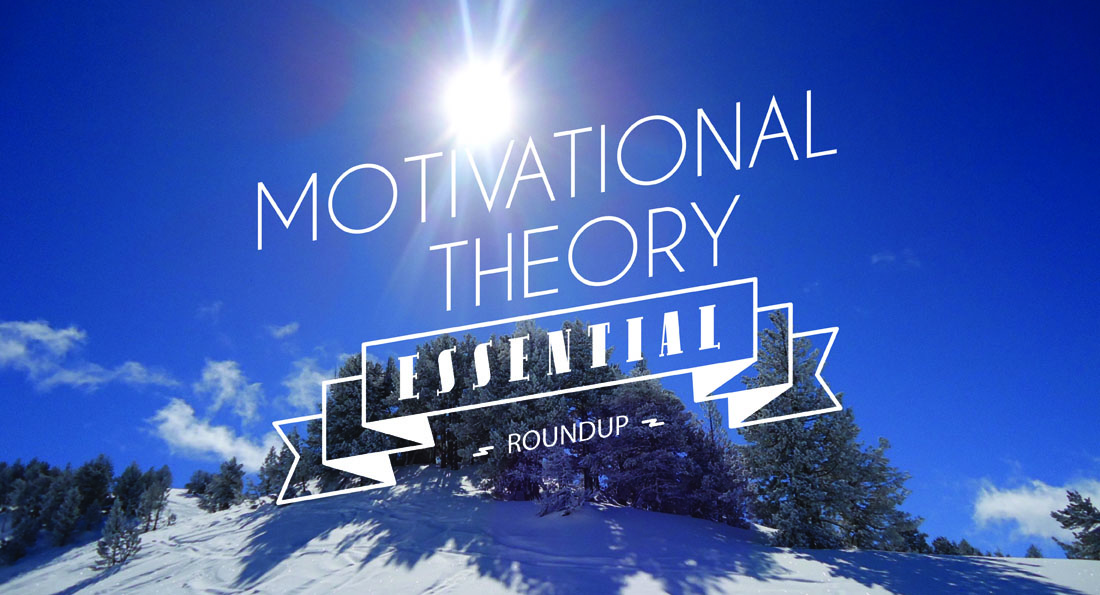 Abraham Maslow created a model known as the  Hierarchy of Needs. The diagram shows a pyramid with five stages that a human being is motivated by.

The base of the pyramid shows the most basic motivations which we all share to continue living healthily. As the needs are met at each stage of the  pyramid, the individual is able to focus on the next stage of motivation. The peak of the pyramid is an individual that has realised their full potential.

The  Hierarchy of Needs pyramid has been developed over the years and additional stages have been added. Additional stages that are often included in pyramids include Cognitive  and  Aesthetic  needs.

The X-Y theory was developed by psychologist Douglas McGregor in his 1960 book ‘The Human Side of Enterprise’. The theory identifies two types of managerial style.

The way that people are managed can produce different results depending on the method used. The two types om management style are known a x and y.

Method x is an authoritative managerial style. This approach tends to produce less positive results. The workers dislike their work as a result and will need to be pushed to complete a task by force of punishment.  The manager assumes that the workers are unambitious, need to be directed and are prone to avoid responsibility.

Method Y is a participative managerial style. Managers who use this form of management encourage creativity and participation. The workers seek out and accept responsibility. Managers assume that the potential of each person is only partly realised.

The Johari Window theory  offers a method of developing a mutual understanding between individuals working as part of a group. The theory tries to assess the effect of empathy, cooperation, inter-group development and personal development within groups.

The Johari Window theory was developed by psychologists Joseph Luft and Harry Ingham. The name Johari was created by combining both of their first names. The model is used widely to gain an understanding and for training the following areas:

The Johari window is divided into four sections representing the knowledge of and about an individual within a group. The four areas in the window describe:

Open area: What is known by the individual about themselves and what others know about them.

Blind area: What other people know about the individual but they do not know
themselves.

Hidden area: What the individual knows about himself but others do not know.

Unknown area: What is unknown about the individual by themselves and others.

The aim of including an individual within a group is to expand their open area. This can be expanded by the individual as well as by the group, illuminating space on the hidden area and the blind areas.

The research gathered by Frederick Herzberg about motivation was compiled in 1959. Herzberg used an open question method so that answers were expanded further than a yes or no / multiple choice answers as many surveys favour.

The research was developed as a source for finding the aspects of work which motivate and dissatisfy people. He summarised in the following phrase:

The two main considerations of an individual, according to Herzberg are to develop psychologically alongside avoidance of pain.

The completed research and findings are compiled in his 1959 book The Motivation to Work. The work completed by Herzberg in this book continues to be the major source of information in the subject of “industrial and organizational psychology.”

Behavioural and workplace psychologist J Stacey Adams developed his Equity theory of job motivation in 1963. The theory adds to the work of Maslow, Herzberg and Charles Handy. Equity theory, however adds the elements of comparison and awareness of a wider situation.

The Equity theory extends beyond the individual to encompass the surrounding influences and comparative situations of others. This establishes a sense in the individual of being fairly treated.

When a worker feels like they are being treated fairly when compared to colleagues and friends, they become more motivated in their work. An individual who feels unjustly treated become demotivated and disaffected with their work.

Adams describes work as a process of inputs and outputs. inputs are the effort that an individual puts into their work. Outputs are the rewards received as a result of work.

Erikson’s theory on psychological development provide an assessment of a person based on their stage in life. The theory has been widely used for personal development and awareness.

Erikson developed eight life stages as a result of his work within universities, mental health centres and less developed societies.

Each of the eight stages represent a current conflict within the person. Each stage in a person’s life is entwined with an emotional understanding of two opposing forces within.

The results of these inner conflicts can have a remaining influence on a personís life. Sometimes they can become a behavioural tendency or develop into a mental problem. However, no psychological development is irreversible and the current life stage can be successful despite previous failures.

The original idea of nudge theory was developed in a book by  Richard H Thaler and Cass R Sunstein. The 2008 book,  ‘Nudge: Improving Decisions About Health, Wealth, and Happiness’, develops the work of  Nobel prize-winning psychologists Daniel Kahneman and Amos Tversky.

Nudge theory has developed from a theory of behavioral economics into a system which can be adapted to everyday life. The theory has been embraced as a useful way to influence groups, other people and improve yourself.

The ideas developed in nudge theory propose that people think instinctively and not necessarily rationally as most organising authorities believe.

Rather than using traditional methods of enforcement and instruction from an authority, nudge promotes indirect encouragement. These methods are used as an alternative way to influence behaviour with more successful results.

Nudge theory encourages lifestyle choices that have a positive outcome on the environment, society and the individual.

Charles Handy is one of the foremost thinkers about management thinking. His work evaluates the purposes of organisations, businesses and work.

Charles Handy evolved the Hierarchy of Needs pyramid developed by Abraham Maslow. He expanded the desire to fulfil needs from the five levels of the pyramid. He added that people are motivated to achieve results which can be measured as well as a need to see those achievements become effective.

Handy also used the Greek gods as metaphors for ways in which organisations are managed. The following gods provide examples of different organisational cultures.

The Benziger Thinking Styles Assessment is a system which finds the preferred thinking and behavioural patterns of a person. Each area of mental activity is categorised as being primarily located in one of four areas of the brain.

The brain is divided into the following four modes:

Each person will be more competent in a particular area of the brain and strive in environments which encourage that type of thinking. Benziger noticed that when people are in the workplace they often falsify their behaviour to fit into the expectations of the organisation.

When an individual falsifies their behaviour to meet the expectations of others, they are falsifying type and working unnaturally to their preferred tendencies. Working in unnatural ways make people unhappy and can result in stress and tension at work.

Stress in the workplace will affect the performance of the mind reducing learning, memory and concentration abilities.

In the UK stress has become a major source of illnesses triggering approximately 70% of visits to doctors. The results of stress on employees can also produce litigation and bad publicity for the employers.

It can be difficult to completely remove stress from our lives in the modern world but there are some stress reduction techniques that can help you to manage it. These techniques can help you to improve your relationship with a stressful situation.

You can apply these techniques if you find that you are becoming effected by stress. De-stressing requires you to remove yourself from the stressful situation. This involves finding habits and routines that regularly remove you from the cause of your stress.

The learning styles model published in 1984 is widely used by academics, teachers, managers and trainers for understanding  human learning behaviour.

The theory developed by Kolb divides learning into four distinct styles individual to people. These are combined with a four stage cycle of learning which are common amongst everyone.

The four stage cycle of learning is as follows:

This represents the ideal process of learning which involves a cycle of experiencing, reflecting, thinking, and acting.

Each individual will have a preferred learning style. These have been divided into four categories:

Kolb also developed three stages of learning in a personís life. These are:

Acquisition – Developing abilities and cognitive structures in childhood and adolescence.

Specialization – Becoming specialised in a particular subject while developing to fit educational, social and organisational requirements. This period spans from school
learning through to work and personal experiences of early adulthood.

Integration – A non-dominant learning style which continues through mid to later life throughout personal and working life.